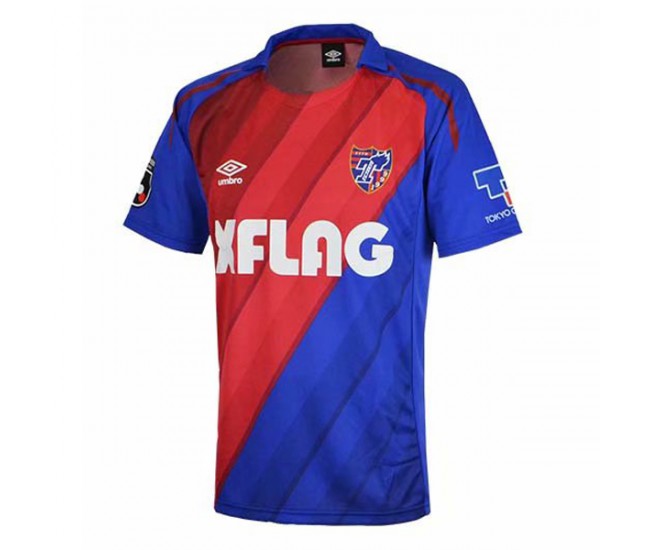 FC Tokyo is a professional soccer club in the J. League. Their home town is Tokyo metropolitan and their home stadium is the Ajinomoto Stadium.

The club was originally founded in 1935 as the Tokyo Gas Soccer Club. In 1991 they moved up to the second division in the Japan Soccer League, and in 1992 they joined the Japan Football League (JFL).

The team changed their name twice, first to Tokyo Gas Football Club and then to FC Tokyo. When it was announced that they would become J. League associates and enter J2 in 1999, they became the first professional soccer club based in Tokyo metropolitan.

During the first year in the J. League, while they had several players with amateur contracts from the Tokyo Gas days, they kept playing solid matches and ended the season in 2nd place, promoting to J1 in just one year.

In 2000, they became the first club with Tokyo in their name to advance to J1, and although they had a smaller budget and didn’t have as many talented players in their squad compared to other clubs, they caused a sensation when they were in the top of the charts for a while, and eventually finished with good results in 7th place.

The following year, in 2001, their new home stadium, the Tokyo Stadium (Present day name: Ajinomoto Stadium), that could accommodate 49,000 viewers was finished.

On top of the viewer numbers drastically increasing, their first Tokyo debut match against the team that moved over from Kawasaki city and changed their name to Tokyo Verdi 1969 was quite the spectacle.

They weren’t quite able to compete for the championship in the J. League and often finished seasons in the middle of the charts, but in the 2004 Nabisco Cup final, they went into overtime against the Urawa Reds, and by the end of the penalty kicks, they emerged victorious and claimed their first official title after becoming J. League associate members.

In 2008, Yuto Nagatomo gained prominence in the team, and he would later become the Japan national team’s unwavering left wingback and would also play for Italy’s Serie A’s Inter Milan.

Under the guidance of the new manager, the team became able to aggressively move its players and the ball, and approached its peak.

When they finished in 6th place after their league matches, then in the following year, in 2009, they jumped up even higher to 5th place, and in the Nabisco Cup final, they defeated Kawasaki Frontale 2-0, which earned them their second title.

As a result, their central players, Nagatomo, Yasuyuki Konno, Shuichi Gonda and Naohiro Ishikawa, were called up for the Japan national team. Nagatomo played the full duration in all 4 matches of the 2010 FIFA World Cup in South Africa, and after the tournament he transferred to AC Cesena.

In addition to Nagatomo’s transfer, and FC Tokyo’s main player suffering under injuries and poor performance, as well as their new team strategies backfiring, in 2010, the team finished in 16th place in the J. League, and thus tasted their first painful relegation to J2.

However, in 2011, they won the J2 championships, and within a year they not only made it back to J1, but also carried that momentum over to the Emperor’s Cup, where achieved their first championship victory, and for the first time in the club’s history, they earned the right to appear in the AFC Champions League (ACL).

After returning to J1, they again produced stable results as an average club from 2012 onward, and relegation matches were quite uncommon. In 2015, thanks to the efforts of Yoshinori Muto, who later transferred to 1. FSV Mainz 05, the team finished in 2nd place in J1’s first stage, which was their best result ever.

In 2018, Kenta Hasegawa, who had previously led Gamba Osaka to treble, joined as the new manager, and hopes are high that under his leadership, the team will win their first J. League championship.

Famous players that represent FC Tokyo include Yuto Nagatomo, who currently plays for Galatasaray; Paulo Wanchope, who has played for West Ham and Manchester City; Yoshinori Muto, who is playing for Newcastle United FC. Also, Takefusa Kubo, who used to play in FC Barcelona’s youth Academy.

The team’s home jersey is blue and red. Their supplier since 2015 has been UMBRO. Their jerseys are decorated by sponsor logos from LIFEVAL, Mitsubishi Corporation, TOKYO GAS, and others. 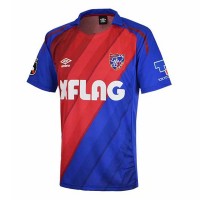 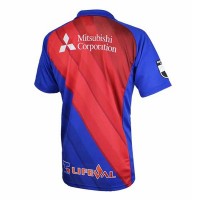 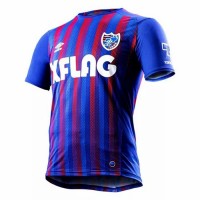 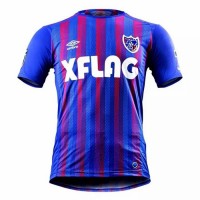