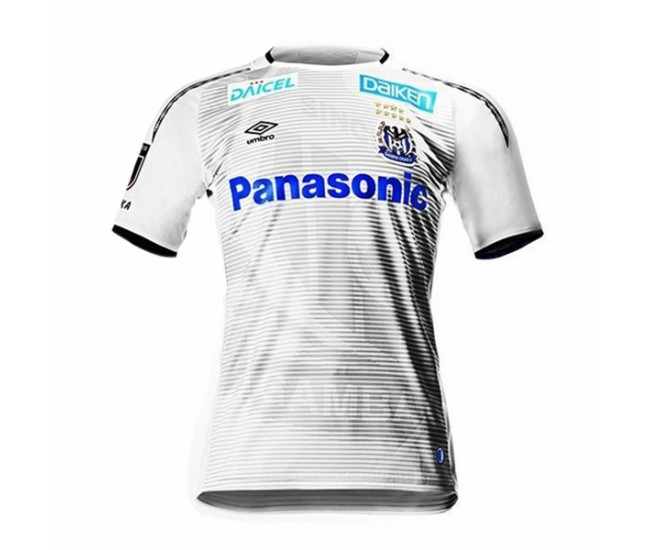 Gamba Osaka is a professional soccer club in the J. League, and they are one of the 10 teams (The Original 10) that joined the J. League when it was first launched in 1993.

Suita and the nearby 6 cities in Osaka prefecture are their home towns, and their home stadium is the Panasonic Stadium Suita, which was constructed specifically for soccer in 2016.

The team was first founded in 1980 under the name Matsushita Electric Industrial Co. Soccer Club, and in 1986 they promoted to the Japan Soccer League’s (JSL) first division.

In 1990, in the final of the 70th Emperor’s Cup All-Japan Soccer Championship Tournament, they faced Nissan Motors and by the end of the penalty kicks, Matsushita earned their first championship victory.

During the J. League opening match, Kunishige Kamamoto, who was the Top Scorer during the 1968 Mexico Olympics, was chosen as manager.

There were high expectations for the team to perform well as Kansai’s only J. League club, however they were often fighting in last place, and together with Nagoya Grampus Eight and Urawa Reds, they were known as the baggage of the J. League.

However, as the Cameroon national team player, Patrick M’Boma, joined in 1997, as well as Tsuneyasu Miyamoto and Junichi Inamoto, and others, who rose up from Gamba’s youth team and would later become the main players in the Japan national team, the team improved a lot, and started fought for first place in the 2nd stage, finishing in 2nd place, which was their highest result yet.

They also finished fourth overall that year, and M’Boma’s claimed the top scorer title with 25 goals, which was the first J. League Highest Scorer and Best Eleven awards from Gamba.

After that, with M’Boma transferring to Italy’s team Cagliari in Serie A, the team again fell into a slump for a while, but when they acquired Yasuhito Endo, who would become the team’s play maker and core player, in 2001, and when Akira Nishino was hired as manager in 2002, Gamba gradually grew to become one of the best teams in the J. League.

When the team achieved their first J. League championship victory as a Kansai team in 2005, during the fourth year of Nishino’s control, they went on to win titles one after another with the Nabisco Cup in 2007, and the Emperor’s Cup two years in a row in 2008 and 2009, and the AFC Champions League in 2008.

Also, in the semifinal of the 2008 FIFA Club World Cup, they had a good fight against the European champions, Manchester United F.C., which had Cristiano Ronaldo, Wayne Rooney in their squad, but ultimately lost 3-5.

Manager Nishino, who had made Gamba Osaka into an unbeatable team, left the team in the end of the 2011 season.In 2012, Nishino’s successor was Brazilian manager, however he wasn’t able to produce results, the team fell into chaos and by the end, Gamba Osaka experienced their first relegation to J2.

In 2013, former Shimizu S-Pulse manager Kenta Hasegawa, took charge and successfully rebuilt the broken team. Also thanks to Takashi Usami, who had returned from TSG 1899 Hoffenheim, the team managed to win J2 and make a comeback to J1 in one year.

Moreover, in 2014, Gamba became the second team after the Kashima Antlers to win the national triple crown by winning the J. League, the J. League Cup and the Emperor’s Cup.

As a result, they had more matches in 2015. With 60 matches, which was the most out of all of the clubs in the J. League, they had a hard schedule, but ended up finishing 2nd overall that year, on top of which they were the J. League Cup semifinalists, and champions of both the Emperor’s Cup and the Fuji Xerox Super Cup.

In 2016, the team’s home base was moved to the Panasonic Stadium Suita, which was built specifically for soccer. The stadium’s higher capacity drew a lot of attention to the club, but with the backbone of the team, Endo, getting older and starting to lose his strength, and Usami, seeking to again challenge himself in the foreign scene, transferring to FC Augsburg, the team finished the season without a title.

In 2017, their results got even worse, and they finished in 10th place, which was their worst league placement after Hasegawa became manager. Hasegawa, who had led Gamba Osaka to the triple crown, resigned as manager after the end of the season. 2018 will be the team’s chance for a fresh start.

The team’s away jerseys are white and black, and their supplier since 2003 has been Umbro. Their jerseys have sponsor logos of Kansai companies like Panasonic, Daiken, Ship Healthcare, Toyo Tires, and others. 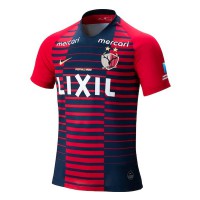 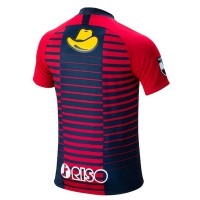 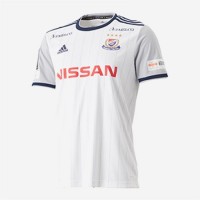 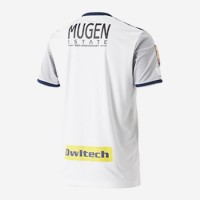 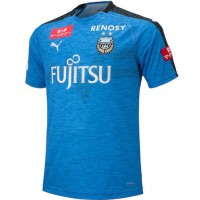 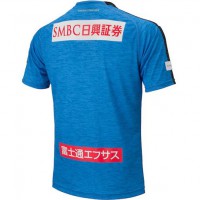 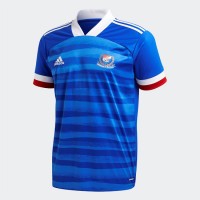 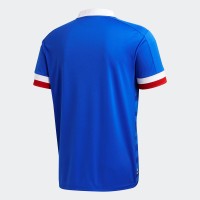