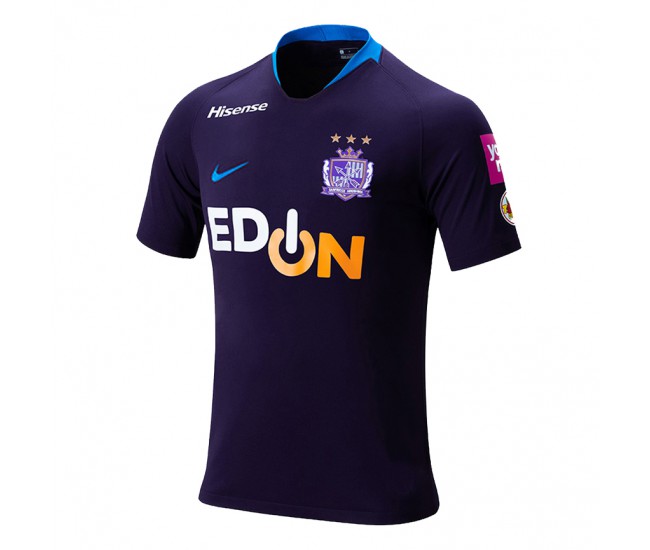 The Sanfrecce Hiroshima away jersey 2019 is dark purple, and their supplier since 2011 has been Nike. Their jerseys are decorated with logos of their local sponsors like EDION, MAZDA, Hiroshima Bank, you me, and others.

Sanfrecce Hiroshima is a professional soccer club in the J. League, and they are one of the original 10 teams that entered the J. League when it was launched in 1993. The team’s home town is Hiroshima city in Hiroshima prefecture and their home stadium is the Edion Stadium Hiroshima.

The team was founded in 1938 under the name Toyo Kogyo Soccer Club. They entered the Japanese Soccer League (JSL) right when it was launched in 1965, and they hold the record for most championship victories (5 times).

In 1981, they changed the team name to Mazda Soccer Club. When preparations were being made for establishment of the J. League in 1991, Mazda SC was also strongly requested to join as the 2nd club from West Japan after Gamba Osaka with the importance of maintaining balance between regions. This resulted in the club being reborn as Sanfrecce Hiroshima.

However, because they lost to Verdy Kawasaki in the J. League Suntory Championships, the team looked for ways to further improve and hired former Netherlands national team player Wim Jansen as manager in 1995. Jansen aimed for the Dutch style total football (totaalvoetbal), but because of the system large scale changes, the players were unable to follow his lead and their results suddenly dropped.

After that, Sanfrecce didn’t reach any of J-league title races, and in 2002 and 2007, they twice experienced relegation.

The situation started to improve when they won J2 with overwhelming results in 2008. With the help of young talent and implementation the new manager, Mihailo Petrovic’s, tactics, the team finished 7th or above for 3 years in a row after returning to J1, in 2009, and gradually they also started to produce good results in their important matches.

In 2012, Hajime Moriyasu, the OB of Sanfrecce Hiroshima, who tasted championship victory in 1994, was hired as the new manager. Utilized Petrovic technique style, Moriyasu led the team to J1 championship victory right on his first year as manager, and in the following year, in 2013, the team claimed their second victory.

On top of that, in 2015, they again claimed the title. In the span of 4 years, they achieved the incredible feat of winning the championship 3 times.

Also, in the semifinals of the 2015 FIFA Club World Cup against the South American champions, River Plate, they suffered a regrettable defeat 0-1, but during the 3rd place match against the Asian champions and the Chinese Super League champions, Guangzhou Evergrande Taobao FC, they came on top and claimed the 3rd place.

However, the glory didn’t last long as they were eliminated in the group stages of the 2016 ACL Champions League, and they finished 6th in the J. League. To make matters worse, the team’s main point scorer, Takuma Asano, transferred to Arsenal FC.

The following year, in 2017, they were in ever deeper trouble right from the opening game, and their manager Moriyasu resigned in July, in the middle of the season. In their final home game, the 33rd match of the season, they were barely able to stay in J1. Fans are hoping to see the team make a comeback in 2018 under the guidance of a new manager. 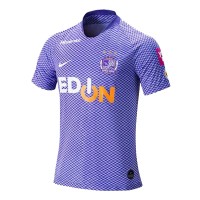 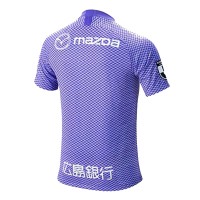 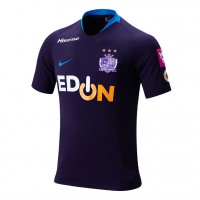